The Mahatma Gandhi Memorial Academy of Society (MGMAS) started a trust fund in 1962; in the name of Gandhi Smarak Nidhi Fund (GSNF) that was to assist in the development of higher education in East Africa. Money for this fund mainly came from the Government of India and from the three East African colonies. The money was invested and as a result the fund grew. At the time, the money from the fund was used to construct the Gandhi Wing and the Gandhi Memorial Library as well as assisting in the purchase of the land on which the Chiromo Campus is built.

Since the commissioning of the Jomo Kenyatta Memorial Library (JMKL) in 1987, its use as a university library was taken over by the JKML. The university Senate agreed that the GML could not be converted to any other use other than as a library or a place for keeping books hence was converted into a bookshop. A part of it was also used as a library for two institutes i.e. PSRI & IDS as well as a printing section of the SOJ.

In 2001 the society suggested renovating a part of the GML to be used as a reference library. In 2019 the University of Nairobi in collaboration with the Society refurbished the Library (previously used as Unes bookstore) to a state of the art Library. The overall aim of this effort was to respond to Postgraduate student’s unique and dynamic research information needs and services, and to support the University strategic direction of becoming a premier research University. Based on this, the Library serves ONLY postgraduate students and faculty.

The Mahatma Gandhi Graduate Library is a one STOP research centre, with several flexible and diverse research spaces. It has a Coffee bar and a TV Lounge to provide healthy and current news learning breaks. 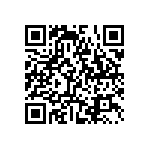