HISTORY OF THE GRADUATE SCHOOL

The University of Nairobi Postgraduate studies started with about 20 students in 1968. This has now grown to a population of more than 17,000 students and over 350 programmes being offered by different departments.

During the period when the University College Nairobi was a constituent College of the then University of East Africa before 1970, the main concern was the production of first degree graduates to meet basic manpower needs for the immediate post-independence period. Postgraduate education was not a priority from an institutional point of view.

Postgraduate education was planned and provided for from 1970 when the University of Nairobi was established as a national institution of higher learning. One of the main reasons for developing postgraduate training then was the need to produce potential university teachers who had always largely come from other countries. While in training, postgraduates provide a stimulus to their teachers due to the demand for advanced supervision of their research and training. They also make a major contribution to the teaching of undergraduates. Finally, the training they get locally provided was of a high standard, and had an advantage over overseas training in its relevance and immediate applicability to the local circumstances.

Following the establishment of the University of Nairobi by an act of parliament (University of Nairobi act of 1985), the Senate transformed the PSC to the Board of Postgraduate Studies (BPS) in 1985 under Statute XVI A section 24 which thereafter became Statute XXI following the repealing of the 1985 act in 2012 in line with the Universities Act 2012 (no.42) which was aligned to the constitution of Kenya 2010.

The statutory provision for the Board was that of a Faculty, Institute or School and in that capacity enjoyed all the rights and privileges, immunities and powers of the Statute. Under the stewardship of this Board, graduate programmes grew tremendously in diverse fields, including Medicine, Engineering, Business, Agriculture, Architecture, Biophysical Sciences, Law, Humanities, Information Technology and Education.

The Board of Postgraduate Studies (BPS) mandate was

Discussion to establish the University Graduate School (UGS) was mooted in 2010 when the Board members of the Board of Postgraduate Studies (BPS) held a workshop to review its mandate and operations.  The proposed UGS would take over the functions of BPS.

The Graduate School mandate is;

Prof. Christopher Ng’arua Karue received his undergraduate degree from Makerere, University in 1965 before proceeding to Rutgers University where he earned the Masters degree 1968 and doctorate 1971 where he specialized in Animal Nutrition and Biochemistry

Prof. Jackton Boma Ojwang earned Bachelor of Laws in 1974 and Master of Laws in 1976 degrees at the University of Nairobi before proceeding to Downing College, University of Cambridge where he earned the Ph.D. degree in 1981 specializing in Comparative Constitutional Law.

Prof. Geoffrey N. Kamau attained Bachelor of Science at the University of Nairobi in 1980 and proceeded to University of Connecticut for Masters and Doctoral studies from 1982 to 1986, and specialized in Analytical Chemistry.

Prof. Eunice W. Mutitu attained Bachelor of Science in Agriculture in 1973, Masters degree in 1979 and Doctorate degree in 1989 from the University of Nairobi, and specialized in Plant Pathology

The Graduate School have achieved major milestones while carrying out its mandate. Some of the major achievements include; 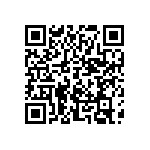