Lady Justice Koome Martha Karambu has made history after being nominated as the first woman Chief Justice of the Republic of Kenya.

The Judicial Service Commission has forwarded her name to President Uhuru Kenyatta for appointment.

Justice Koome graduated with a Bachelor of Laws degree from the UoN in 1986 and thereafter went to serve in various distinguished positions in private and public service.

Justice Koome was admitted to the Bar as an Advocate of the High Court of Kenya in 1986 and started as a legal associate at Mathenge and Muchemi Advocates until 1993. She then opened her own law firm. She was elected as a council member of the Law Society of Kenya (LSK) in 1993-1996.

In the same year she was appointed as Court of Appeal Judge, she was elected the Chairperson of the Kenya Magistrates and Judges Association.

In 2016 she was among 13 female candidates shortlisted by the Judicial Service Commission for the Deputy Chief Justice position. 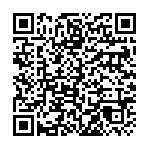